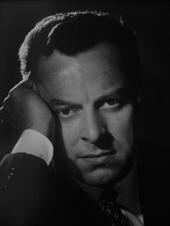 Christoff demonstrated early his singing talent and sang as a boy at the choir of the Alexander Nevsky Cathedral, Sofia. In the late 1930s he graduated in law and started on a career as a magistrate. He, however, continued singing in his spare time in the Gusla Chorus in Sofia, achieving an enormous success as the chorus soloist in 1940. Thanks to a government grant, Christoff left in May 1942 for Italy where he was tutored for two years in the core Italian bass repertoire by the great baritone of an earlier generation, Riccardo Stracciari.

After several guest appearances and recitals in Austria in 1944 and 1945, Christoff returned to Italy in December 1945. He made his operatic debut as Colline in La bohème at Reggio Calabria on March 12, 1946. The following years Christoff appeared in a number of roles at Milan's La Scala, Venice's La Fenice, the Rome Opera, Covent Garden in London, the opera theatres in Naples, Barcelona, Lisbon, Rio de Janeiro, etc.

In 1950 he was invited to sing at the Metropolitan Opera in New York but was refused entry into the USA as a result of the McCarran Immigration Act, which banned citizens of the Soviet bloc countries from entering the country. The role was instead filled by the young Italian basso, Cesare Siepi. After the restrictions were loosened, Christoff made an operatic debut in the United States in 1956 at the San Francisco Opera. He refused any further invitations to the Metropolitan and never appeared there. After a brief absence from the scene due to brain tumour surgery in 1964, Christoff resumed his career in 1965, though at a much slower pace. In 1967 he was allowed to return to Bulgaria for the first time since 1945, for the funeral of his mother.

In the 1970s Christoff on-stage performances were all but frequent. He brought his career to an end with a final concert at the Accademia di Bulgaria in Rome on June 22, 1986. He died in Rome in 1993 but his body was returned to Sofia's Alexander Nevsky Cathedral, where he was given a state funeral.